Only in the past couple of decades have the Courts begun to recognize that discriminatory treatment of people with disabilities can raise some significant constitutional issues. This recognition went hand-in-hand with the shift from viewing disabilities as primarily a medical issue to viewing disabilities as a social issue. If a person’s disability is primarily seen as a medical issue, then the primary focus is going to be how to take care of that person, protect them, and perhaps try to cure them: a focus that led to institutionalization and segregation. More recently, many people with disabilities have come to understand themselves as members of a minority group in a society that’s structured around the norms of the majority.

If a state enacts any sort of law or starts treating some of its citizens differently than other citizens, this raises questions under the Equal Protection Clause of the Fourteenth Amendment to the Constitution. And the Constitution also forbids State from enacting any sort of law or treating its citizens in any way that deprives them of “life, liberty, or property,” without “due process of law”, under the Due Process Clause of the Fourteenth Amendment.

Summary discussions of the evolution of the fundamental legal rights of people with disabilities, with links to relevant Constitutional provisions, statutes, regulations, and key cases, can be found here:

In addition to the U.S. Constitution and the U.N. Convention on the Rights of the Persons with Disabilities, the rights of people with developmental disabilities are protected by a number of federal laws. View a list of these other disability rights laws.

The Convergence of Disability Law and Policy:
Core Concepts, Ethical Communities, and the Notion of Dignity

In writing a model law, in implementing the law and regulations, in discussing and explaining the intended effect and the actual effect of statutes, in confronting law and policy, in designing and delivering programs and services, there are people involved, there are lives that are affected. So the very first thing that needs to be talked about is personhood.

Throughout Rud Turnbull’s teachings and writings about the 18 core concepts of disability policy, and as those concepts relate to the Americans with Disabilities Act, IDEA and its predecessors, assistive technology, family support, and aversive therapies, he speaks about relationships – those that are created and those that are challenged when people are forced to confront each other.

The Evolution of Disability Rights Litigation

David Ferleger has litigated landmark disability cases and argued five times before the United States Supreme Court. In 1974, he filed the Halderman v. Pennhurst State School and Hospital case, staying with the case to its conclusion to see the first federal court decision holding that there is a right to community services for people with disabilities.These video interview segments trace the evolution of disability rights. The interview was conducted April 6, 2011. 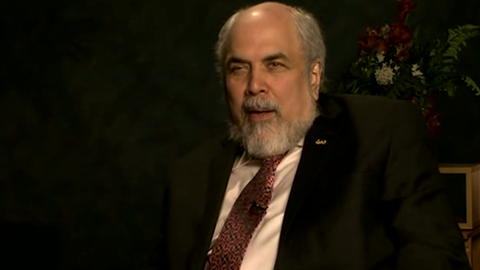 Developmental Disabilities and Equal Justice Under the Law, Including Employment and Diversity

EPSDT is mandatory Medicaid program for children and youth under the age of 21. “The goal of EPSDT is to assure that individual children get the health care they need when they need it – the right care to the right child at the right time in the right setting.”

This update highlights litigation history about EPSDT and trends. Recent cases are seeking targeted relief rather than systemic change. Cases pending before the US Supreme Court could affect private enforcement of several Medicaid provisions, including those that address EPSDT.