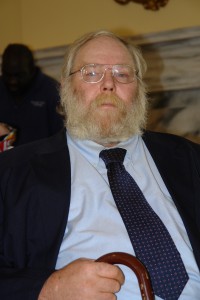 In Wyatt v. Stickney, 325 F.Supp. 781 (M.D. Ala. 1971), a federal court in Alabama held for the first time that people who are involuntarily committed to state institutions because of mental illness or developmental disabilities have a constitutional right to treatment that will afford them a realistic opportunity to return to society. This landmark decision took more than three decades to work its way through the federal court system, making it the longest running mental health lawsuit in United States  history, with estimated litigation costs exceeding $15 million.

The ruling led to sweeping reforms in the nation’s mental health systems and the creation of minimum standards of care and rehabilitation for people with mental illness and developmental disabilities. In ending the 33-year Wyatt litigation, U.S. District Court Judge Myron Thompson summed up the far-reaching implications of the case:

The enormity of what this case has accomplished cannot be overstated. The principles of humane treatment of people with mental illness and mental retardation embodied in this litigation have become part of the fabric of law in this country and, indeed, international law.[1]

The Wyatt v. Stickney litigation was sparked by Alabama’s 1970 decision to cut its cigarette tax. Because the proceeds from this tax were earmarked for mental health services, the cut set off a string of chain of reductions in the state’s mental health system, including elimination of nearly 100 staff members at Bryce State Hospital, a hospital serving predominantly patients involuntarily committed for mental illness. Twenty professionals, including psychologists, were among those fired. On October 23, 1970, the fired staff members filed a lawsuit in the U.S. District Court for the Middle District of Alabama seeking reinstatement on the grounds that patients in the institutions would receive inadequate treatment. To strengthen their position, the group decided to include a patient, Ricky Wyatt, as a plaintiff. Wyatt, a 15-year-old “juvenile delinquent” with no mental illness, had been placed in the state hospital by the courts in an attempt to improve his behavior. His guardian was among the former staff members bringing the lawsuit. The class was gradually expanded to include patients of another state hospital for patients with mental illness, Searcy Hospital in Mount Vernon, Alabama, as well as Alabama’s state facility for people with developmental disabilities, the Partlow State School and Hospital.[2] With this expansion, the focus of the litigation shifted from the rights of the employees to the rights of the residents.[3]

At the time, Alabama ranked 50th out of 50 states for expenditures for the care of people with mental illness or developmental disabilities living in public institutions. Conditions at state hospitals were so inhumane that the editor of the Montgomery newspaper described the state’s residential institutions as “concentration camps,” similar to those run by the Nazis in Germany during World War II. Both staffing and treatment were woefully inadequate. For example, at Bryce State Hospital, just one clinical psychologist, three medical doctors with limited psychiatric training, and two social workers provided direct therapeutic care to 5,200 patients.[4]

After hearing arguments in the case, U.S. District Court Judge Frank M. Johnson, Jr ruled on March 12, 1971 that thousands of Bryce patients who had been committed involuntarily “unquestionably have a constitutional right to receive such individual treatment as will give each of them a realistic opportunity to be cured or to improve his or her mental condition.”[5] He noted that these patients had been “involuntarily committed through noncriminal procedures and without the constitutional protections that are afforded defendants in criminal proceedings.”[6] He continued, “Adequate and effective treatment is constitutionally required because, absent treatment, the hospital is transformed ‘into a penitentiary where one could be held indefinitely for no convicted offense’.”[7] Johnson proclaimed: “To deprive any citizens of his or her liberty upon the altruistic theory that the confinement is for humane therapeutic reasons and then fail to provide adequate treatment violates the very fundamentals of due process.”[8]

The Court gave the defendants six months to establish standards and implement a compliant treatment program. During these six months, the conditions at Bryce Hospital were extensively studied, and the Department of Justice’s Civil Rights Division, the American Psychological Association, and the American Civil Liberties Union joined in the case as amici curiae. In a Dec. 10, 1971 opinion, the Court articulated “three fundamental conditions for adequate and effective treatment programs in public mental institutions”[9] :

Judge Johnson concluded that Bryce Hospital was deficient in all three of these respects, but that they had demonstrated good faith and a desire to meet the required standards. He set a formal hearing for all parties to present proposed standards.
On April 13, 1972, the District Court issued two opinions, one covering Bryce and Searcy Hospitals and the other covering Partlow State School and Hospital. In the decision regarding the Partlow State School, Judge Johnson expressly extended to the residents of that school the same right to treatment he had previously recognized for persons involuntarily committed for mental illness. He ruled: “In the context of the right to appropriate care for people civilly confined to public mental institutions, no viable distinction can be made between the mentally ill and the mentally retarded. Because the only constitutional justification for civilly committing a mental retardate therefore, is habilitation, it follows ineluctably that once committed such a person is possessed of an inviolable constitutional right to habilitation.”[11]

In both decisions, Judge Johnson applied what came to be known as the “Wyatt Standards,” a set of minimum constitutional standards for the adequate treatment of people with mental illness and developmental disabilities. Judge Johnson appointed a “human rights committee” to oversee the implementation of these standards at each institution. The Wyatt Standards detailed the basic requirements for assuring that the three fundamental conditions for adequate treatment were satisfied, ensuring a humane psychological and physical environment (including freedom from unnecessary medication, physical restraint and isolation, experimental research, or unwanted treatment procedures such as lobotomy and shock treatment; guarantees of clothing, exercise, religious worship, and therapeutic labor only if compensated and part of a treatment plan; and adequate food and medical care), qualified staff in numbers sufficient to administer adequate treatment, and individualized treatment plans. The standards established for the Partlow School required a specific determination that “residence in the institution is the least restrictive habilitation setting feasible for that person”, and stressed the right of all residents to the “least restrictive conditions necessary to achieve the purposes of habilitation.”[12] “Habilitation” (which, according to Judge Johnson’s ruling is the constitutional right of the residents of Partlow School with developmental disabilities) is defined as: “the process by which the staff of the institution assists the resident to acquire and maintain those life skills which enable him to cope more effectively with the demands of his own person and of his environment and to raise the level of his physical, mental, and social efficiency.”[13]

The U.S. Circuit Court of Appeals for the Fifth Circuit affirmed Judge Johnson’s recognition of the constitutional right to treatment and the orders implementing the Wyatt Standards on November 8, 1974. The “Wyatt Standards” eventually became the national standards for the care and treatment of individuals with disabilities. Over the next three decades, Wyatt v. Stickney regularly appeared on federal court dockets in disputes about the implementation of the Wyatt Standards, leading to creation of a court-appointed monitor and multiple consent decrees. During this time, community alternatives grew and the number of people living in institutions in Alabama declined dramatically.

The case finally ended in 2003 when U.S. District Court Judge Myron H. Thompson officially approved the settlement of the original class action, and dismissed the lawsuit. 219 F.R.D. 529 (M.D. Ala. 2004) However, in doing so, Judge Thompson warned: “[I]f the State fails to shoulder its responsibility, it will find itself back in court as sure as the night follows the day, albeit a defendant in a new and separate lawsuit seeking enforcement of the now well-established principles of this litigation. In this sense, this litigation, the Wyatt case, has not ended; its principles (now codified in statutes and regulations) of humane treatment for people with mental illness and mental retardation remain, ever present and hovering over the State.”[14] 219 F.R.D. at 537.

The influence of Judge Johnson’s Wyatt decisions is ably-summarized in this excerpt from a 1999 tribute to Judge Johnson:

Wyatt had a profound effect on development of the law. For example, the Wyatt standards were incorporated in state mental health codes and federal regulations. Moreover, the concept of treatment in the least restrictive setting is echoed in the Americans with Disabilities Act, as the U.S. Supreme Court recently affirmed in Olmstead v. L. C.. . . In addition, the “litigating amicus” role that Judge Johnson crafted for the Department of Justice is now institutionalized in the Civil Rights of Institutionalized Persons Act (CRIPA). Finally, the nationwide Protection and Advocacy system is a direct descendant of his Human Rights Committees.[15]

The Legacy of Wyatt

Parallels in Time II: A Place to Call Home

“Access to Justice: The Impact of Federal Courts on Disability Rights.” The Federal Lawyer, December 2012.

Katie Eyer, Litigating for Treatment: The Use of State Laws and Constitutions in Obtaining Treatment for Individuals with Mental Illness, 28 N.Y.U. Rev. L. & Soc. Change 1 (2003).