People with developmental disabilities encounter discrimination in many areas.

People with developmental disabilities may be discriminated against in virtually every area of life. These discriminatory practices often make it difficult for them to:

Does discrimination continue today?
Unfortunately, it does. Whether overt or subtle, discriminatory practices are commonplace.

Click to read: Brokerage firm, seller will pay $90,000 for preventing sale of house

The U.S. Department of Housing and Urban Development (HUD) announced today a $90,000 Conciliation Agreement with Coldwell Banker Residential Brokerage and the seller of a home in Worcester, Massachusetts, settling allegations they violated the Fair Housing Act by preventing the sale of a house to be used as a group home for persons with disabilities. The Fair Housing Act prohibits discrimination in rental or sales transactions based on disability, including preventing a home sale because the home is going to be used by persons with disabilities.

“HUD is committed to promoting housing opportunities for people with disabilities in mainstream settings,” said John Trasviña, HUD Assistant Secretary for Fair Housing and Equal Opportunity. “We’re pleased the parties in this case were willing to resolve this matter in a way that advances that goal.”

HUD General Counsel Helen Kanovsky added, “This case emphasizes that no one is above the law. Sellers of property, as well as their real estate agents and law firms who assist them, are all required to adhere to the Fair Housing Act.”

Throughout history, people with disabilities have been segregated and isolated.

Historically, people with developmental and other disabilities have been segregated in large residential facilities, or institutions, in “special” schools, in the workplace in sheltered workshops and enclaves, even within their residences. Such segregation was ruled illegal after years of court battles, thanks to the efforts of parents, self advocates and dozens of court challenges.

For centuries, people with developmental disabilities were segregated and isolated in large state-run public institutions. In 1962, an estimated 200,000 children and adults with developmental disabilities were living in such facilities, often in deplorable and inhumane conditions. These conditions were brought to the public’s attention in the 1960s and 1970s through court cases and media exposés, such as Burton Blatt’s 1966 photographic essay Christmas in Purgatory, Bill Baldini’s 1968 exposé on the conditions at Pennhurst, and Geraldo Rivera’s 1972 exposé of the horrific conditions at Willowbrook State School, a state institution on New York’s Staten Island. Despite this new awareness, the effort to close these massive institutions didn’t gain real momentum until the 1980s when nearly 50 institutions were closed. New Hampshire became the first state to close all of its state-run institutions, replacing them with community-based housing and support services. Minnesota closed its last institution in 2000.

Does segregation continue today?
Unfortunately, it does.

Experts Call ‘Scream Rooms’ Untherapeutic, Harmful To Children And Others At School

Every morning Michael Sexton hears the same thing from his 8-year-old son:

Sexton says it’s because his son, Robert, spent too much time alone in a small room – sometimes called a scream room, a timeout room or a safe room – as a way to control his behavior at a public school run by Area Cooperative Regional Educational Services in North Haven.

Sexton heard about the outcry in Middletown last week when parents learned that children with troublesome behaviors at Farm Hill School were put into a 10-by-6-foot room with a window on the door — as a place to calm down.
Sexton said he was glad to hear that people were speaking out against the use of these rooms.
“It’s like torture for kids,” said Sexton, who lives in New Britain. “That’s like sitting in jail, sitting behind bars. It’s not good for them.”
Many national and state advocates for children agree, and say that “scream rooms” or seclusion rooms should be banned, calling them untherapeutic and harmful to children and to the school community.

Middletown: ‘Scream Rooms’ Will No Longer Be Used For Some Students to read the entire article.

Click on the icon to check out Burton Blatt’s groundbreaking photo essay, Christmas in Purgatory.

Negative stereotypes make it easier to deny or abuse the civil rights of people with disabilities.

In addition to the United States Constitution and the United Nations Convention on the Rights of the Persons with Disabilities, the rights of people with developmental disabilities are protected by a number of federal laws, including :

However, self advocates, parents and family members, concerned citizens and members of the legal community have had to fight for the rights of people with developmental disabilities throughout history.

Are the civil rights of people with developmental disabilities denied or abused today? 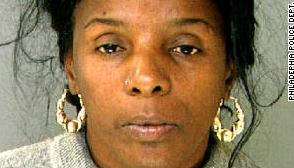 The litany of federal charges against the alleged ringleader and her posse includes the first hate crime case of its kind — the victims were mentally and physically disabled, the U.S. Attorney’s Office said.

Other charges against the five defendants, together and individually, are sex trafficking, murder, fraud and forced human labor, among others.

The defendants, according to prosecutors, held the four victims in subhuman conditions in a scheme to steal Social Security payments.
Source

Wal-Mart Stores East, L.P. violated federal law by allowing a male employee at an Akron Walmart store to subject a developmentally disabled female co-worker to sexually inappropriate conduct and then retaliating against her for her opposition to the sexual misconduct, the U.S. Equal Employment Opportunity Commission (EEOC) charged in a lawsuit it announced today. Click here to read more

The EEOC said Jamie Wells, who is developmentally disabled, worked at the company as an associate in the Akron store’s lawn & garden department for more than 11 years. The EEOC said that from about April 2005 through Jan. 7, 2011, the store allowed a male coworker to sexually harass Wells, including sexual touching Wells while on the store’s premises. Further, although store management officials were aware of the harassment, they failed to take prompt or effective action to remedy the sexually hostile work environment. Instead, the EEOC said, the store fired Wells three weeks after she complained about the abusive conduct.

Such alleged conduct violates Title VII of the Civil Rights Act of 1964. The EEOC also charged that the company violated the Americans with Disabilities Act (ADA) by failing to provide reasonable accommodations to Wells through adequate training, supervision, and communication regarding its anti-harassment policies. The EEOC filed suit in U.S. District Court for the Northern District of Ohio (Case: 5:13-cv-00795) after first attempting to reach a pre-litigation settlement through its conciliation process. The agency seeks injunctive relief, compensatory and punitive damages and lost wages and benefits.

“Ms. Wells’ impairment made her particularly vulnerable to sexual harassment,” said Regional Attorney Debra Lawrence of the EEOC’s Philadelphia District Office, which oversees Pennsylvania, Delaware, West Virginia, Maryland, and portions of New Jersey and Ohio. “Once this Walmart was put on notice of the harassment, it had a legal responsibility to take immediate and appropriate action to stop the misconduct. When an employer fails to do so, the EEOC must and will hold that employer accountable.”

From the Minneapolis StarTribune, July 28, 2012

Next dispute: Should all the disabled have voting rights?

The summer of Minnesota’s discontent over voting rules has spun off a related fight: whether disabled people who cannot handle their own affairs should retain the right to vote.Click here to read more

The debate has set off alarms among disabled people and their advocates, adding another layer of controversy to the legal and political battle over whether Minnesota needs a photo ID requirement for voters, changes in Election Day registration and a new provisional balloting system.

“I want to vote,” said Dave McMahan, a 61-year-old military veteran with mental illness who lives in a Minneapolis group home and has his affairs controlled by a legal guardian. “I’ve been through sweat and blood to vote. I don’t want my rights taken away, because I fought for my rights here in the United States and expect to keep them that way.”

Equally passionate is Ron Kaus of Duluth, an activist and plaintiff in a federal lawsuit that has raised the issue. Citing allegations in Crow Wing County in 2010, Kaus worries that disabled people have been hauled to the polls and told whom to vote for, which would be a crime. “It’s one of the sickest form of exploitation, political abuse,” he said.

At stake are the voting rights of an estimated 22,000 people whose affairs are controlled in varying degrees under guardianships. Under current law, they retain the right to vote unless a judge takes it away. That presumption, and its apparent conflict with the state Constitution, has been questioned in the lawsuit and in debate at the Legislature earlier this year.

Adults who have court-appointed guardians to handle their affairs retain the right to vote unless a judge intercedes. Many under guardianship were profoundly disabled children who were placed under guardianship when they became adults so someone, often a parent, would have the legal authority to make medical and life decisions for them. Others are frail seniors without family, or those with severe, chronic mental illness.