admin
The Disability Justice Resource Center is an online resource dedicated to protecting the rights of people with developmental disabilities.  In 1990, the Americans with Disabilities Act (ADA) was enacted and former US Senator David Durenberger was a co-sponsor. In this interview Senator Durenberger reflects on the 30th anniversary of the ADA. He began his Senate career by addressing women’s discrimination and then disability discrimination; how people with disabilities became his friends and influencers; the process of passing the ADA and the impact of the ADA. To those who opposed passing this civil rights legislation, Senator Durenberger asserts, “We cannot afford not to pass the ADA and enable people with disabilities to be employed.” 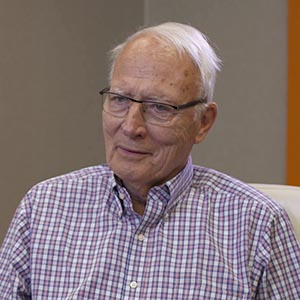 How the ADA Passed

Al Fallenstein became disabled in 1960. His family lived in the pre-ADA days, and he became a successful business person. When Senator Durenberger faced opposition to the ADA from the business community his friend, Al Fallenstein, assisted in getting legislation passed and was an influencer. He died while serving on the Health Care Cost Commission chaired by Senator Durenberger in 2003.